All 3 Seasons Now on Netflix

Blinded as a young boy, Matt Murdock fights injustice by day as a lawyer and by night as the superhero Daredevil in Hell's Kitchen, New York City.

Murdock makes a near fatal error while trying to save a kidnapped boy, and finds an unlikely ally when he needs saving himself.

3. Rabbit in a Snowstorm

Murdock and Foggy take on a mysterious wealthy client, but Murdock is convinced that there's more to the case than just the facts.

Two vicious Russian brothers working for Fisk strike back against Daredevil. Fisk moves to further consolidate his power in the criminal underworld.

Fisk moves forward with plans that threaten to rip Hell's Kitchen apart. Murdock and Foggy take on a case helping tenants victimized by a slumlord.

Daredevil finds himself trapped in the fallout of Fisk's plan to take control of Hell's Kitchen. Ben Urich digs closer to the truth.

An important figure from Murdock's past reemerges seeking his help to battle a new enemy threatening Hell's Kitchen.

8. Shadows in the Glass

While Murdock, Foggy and Karen's mission becomes clearer, Fisk's world spins further out of control in his battle for Hell's Kitchen.

9. Speak of the Devil

When Fisk gains the upper hand, the goal to destroy him becomes even more difficult, while Daredevil faces his own demons.

Murdock and Foggy's relationship is put to the ultimate test while a new enemy against Fisk emerges.

11. The Path of the Righteous

Fisk and Murdock wrestle with the consequences of their chosen paths, while Ben and Karen get closer to Fisk's true past.

12. The Ones We Leave Behind

In the season finale, a boxed-in Fisk and a desperate Murdock, Foggy and Karen are forced to play their end games.

Dark forces are tearing Hell's Kitchen apart once again, but this time Daredevil may have to choose between the city and his friends.

In the void left by Fisk's removal, a new threat to Hell's Kitchen emerges. Murdock and Foggy take on a client with a questionable past.

2. Dogs to a Gunfight

As Murdock recovers from an attack, Foggy and Karen fight to protect their new client from both the law and the Kitchen's newest vigilante.

Trapped face-to-face with the Punisher, Daredevil wrestles with the morality of vigilante justice. Meanwhile, Foggy and Karen work to save the firm.

Karen uncovers shocking facts about the Punisher, who finds himself hunted by a powerful force in Hell's Kitchen. Daredevil ponders his next moves.

A former lover arrives in Hell's Kitchen and turns Murdock's world upside down. Karen digs for the truth about the Punisher.

A lethal foe returns with a vengeance, Foggy and Murdock risk the firm to ensure justice, and Karen sees a different side of the Punisher.

Murdock and Foggy take on the DA in the trial of the century, but their client refuses to play along. Murdock struggles to balance his dual identities.

As the firm's trial spins out of control, a figure from Murdock's past returns to deliver shocking revelations about the future of Hell's Kitchen.

Castle gets an offer he can't refuse. Foggy and Murdock question the future of their firm, but Karen won't give up so easily.

Murdock and Foggy get caught in the crossfire of the Punisher's revenge. Karen and Murdock dig for the truth in very different ways.

The Punisher's war continues, and so does the body count in Hell's Kitchen. Murdock tries to finish what the DA started.

12. The Dark at the End of the Tunnel

Daredevil goes underground to save an old friend. Karen follows a dangerous lead. The law firm of Nelson & Murdock may have reached its final chapter.

In the season finale, Daredevil is backed into the ultimate showdown for his own life -- and the future of Hell's Kitchen.

With Wilson Fisk regaining power, a broken Matt Murdock rises from the wreckage of his life prepared to do whatever it takes to protect Hell's Kitchen.

Shattered physically and spiritually, Matt rethinks his purpose and place in Hell's Kitchen. Meanwhile, Fisk puts a plan in motion from behind bars.

Grieving for the life he's abandoned, Matt suffers a crisis of faith. Fisk makes a deal with the FBI that turns him into a target.

As Fisk moves into swanky new digs amid a public outcry, Matt wrestles with how far he's ready to go to right this wrong. Dex's aim comes into focus.

While Matt infiltrates a prison to find information on the Albanians, Fisk puts Dex in his crosshairs and a fed-up Foggy goes on the offensive.

To quell the rising backlash over his release, Fisk serves up a scapegoat to the FBI. Dex misses the mark when he runs into a woman from his past.

6. The Devil You Know

Driven to the edge, Dex loses his way until he's offered a lifeline by Fisk. Matt comes to Karen for help, which she agrees to give -- on one condition.

The press crucifies Daredevil after the attack on the Bulletin, and Agent Nadeem suspects the FBI paid too high a price for Fisk's cooperation.

A desperate Dex reaches out for help, Matt forms an uneasy alliance with Agent Nadeem, and Karen concocts a dangerous plan to provoke Fisk.

Hunted by Fisk and haunted by mistakes from her past, Karen seeks refuge at the church. Matt finally gets his shot, and Dex goes in for the kill.

Dex tries to run his prey to ground, Nadeem's conscience kicks in, and Fisk looks to recover a gift from Vanessa seized during his incarceration.

In the season finale, Matt prepares to cross the line, as Dex becomes more dangerous than ever and Fisk enacts his endgame. 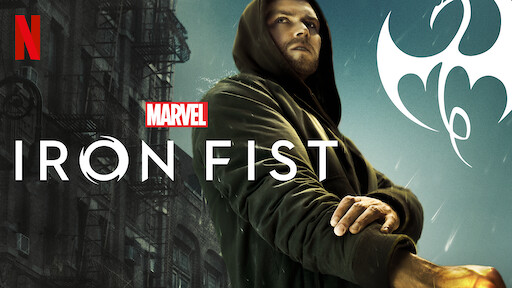 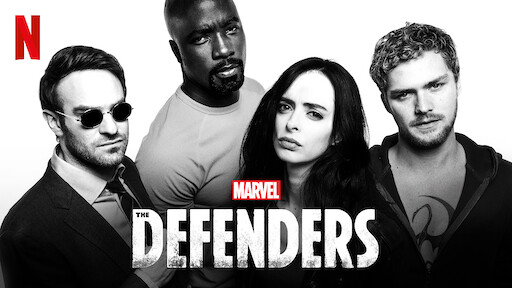 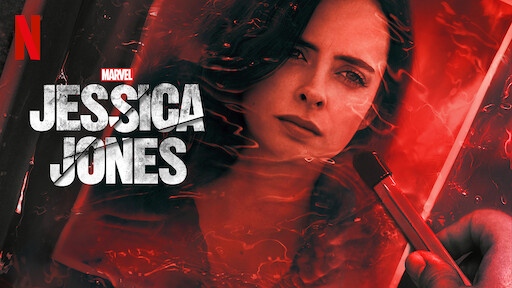 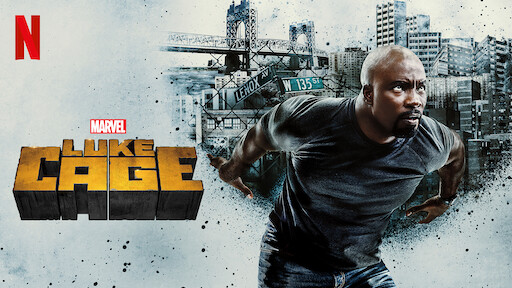 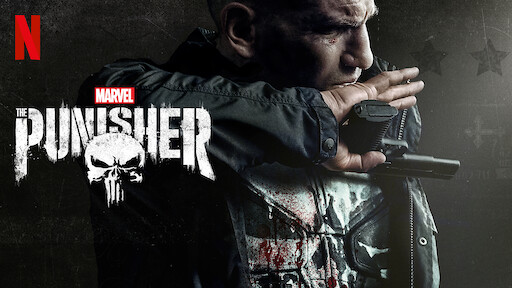 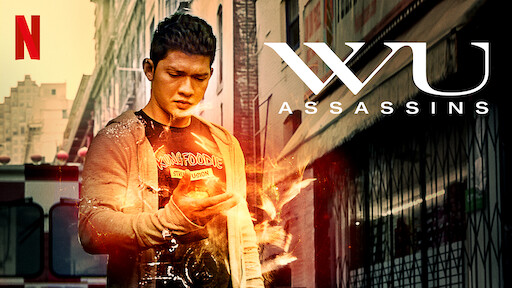 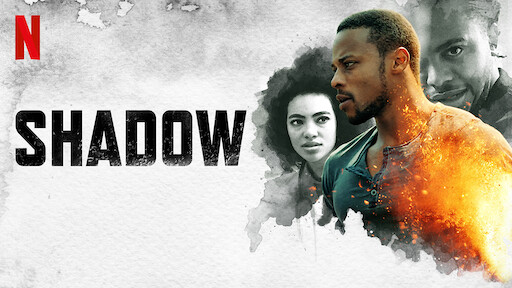 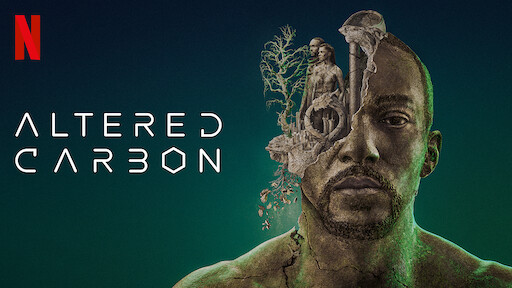 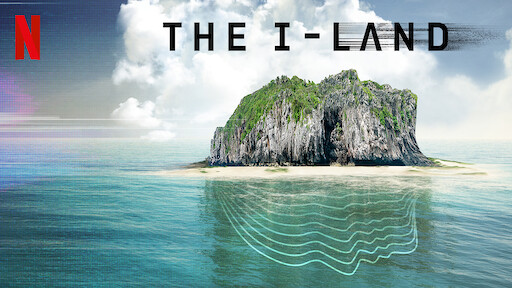 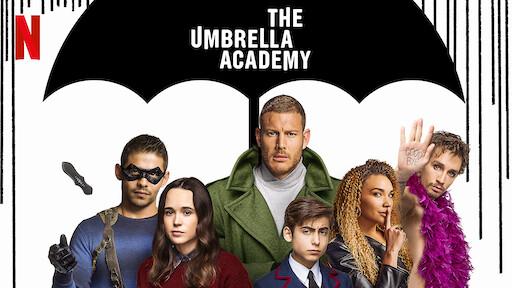 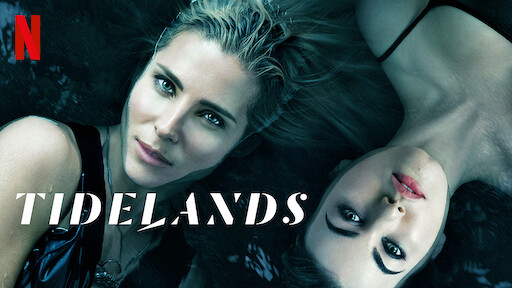 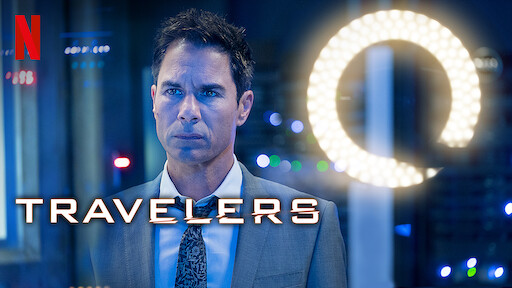 Behind Her Eyes
A single mom becomes entangled in a twisted mind game when she begins an affair with her psychiatrist boss while bonding with his mysterious wife.
Angry Birds: Summer Madness
Sparks and feathers fly when a teenage Red, Chuck, Bomb and Stella spend a wild summer together with other Angry Birds at Camp Splinterwood!
Emily's Wonder Lab
In this live-action series, host Emily Calandrelli makes STEAM fun with science experiments, activities and demonstrations that will blow your mind!
Sweet Tooth
When the world is ravaged by a cataclysmic event, Gus — part deer, part boy — joins a band of humans and animal-children hybrids in search of answers.
Equinox
Twenty years after witnessing a bus full of students disappear, Astrid runs into a man she recognizes as one of the victims and begins to investigate.
The Duchess
Katherine Ryan stars as a single mom who's weighing whether to have a child with her nemesis: her daughter's dad. Can two wrongs make another right?
The Upshaws
A working-class African American family in Indiana struggles to make it work and make it right without the blueprints to do it.
Dragons: Rescue Riders: Secrets of the Songwing
When a musical dragon with a beautiful voice hypnotizes the dragons and people of Huttsgalor, the Rescue Riders have to find a way to break the spell.